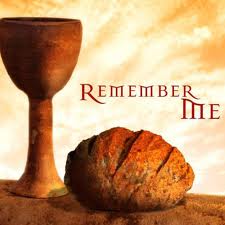 Continuing on from our last reflection on Eucharist as Humility, we recall Francis’ words to the Entire Order ‘Hold back nothing for yourselves, that He who gives Himself totally to you may receive you totally!’ (Letter to the Entire Order, 29-30).

Eucharist means communion. To live in communion means not living in isolation. It means entering into the lives of those that surround us and allowing them to enter into ours. Communion is dynamic, it is a process of call and response.

In his Admonitions Francis writes ‘Blessed is the person who supports his neighbour in his weakness as they would want to be supported were they in a similar situation….Blessed is the servant who does not consider themselves any better when they are exalted and praised by people than when they are considered worthless, simple and looked down upon, for what a person is before God, they are and no more’ (Admonitions, XVIII, XIX).

Eucharist for Francis was a call to service, a call to take the living Christ, received hidden under bread and wine, and to bring Him to all we meet. We cannot celebrate Eucharist in isolation and the Mass is just the beginning of Eucharist not the end, ‘Go forth to Love and Serve the Lord!’

Over the course of our day we meet many people, some friends and some strangers to us. Our call is to be Christ to each and every one of these. Our call is to go out of our comfort zone and extend our hand, the hand of Christ, especially to those society has left behind: the homeless, addicts, poor, marginalised or those we have difficulties with. Before his conversion, Francis was horrified by the mere sight of the Lepers around Assisi and tells us they made him feel physically sick. When he met Christ and recognised Him as living in all of Creation ‘all that seemed bitter, now became sweet’. Francis heard the call and responded, extending his hand to the lepers. He lived with them, cared for them, bathed them, dressed their wounds, begged for food for them and defended their rights to be recognised and respected as fellow human beings. This is the Eucharistic call and response in action.

As we continue to walk as pilgrims and strangers in this world, let us be attentive to the unique call God has for each one of us. Let us listen deeply to the echoes in the cave of our hearts and to have the courage to respond in whatever way we can, in order to proclaim to the world that Eucharist binds us together and to Christ…one bread, one body.
Posted by Unknown at 11:22