Vocations Ireland, the national office for vocations promotion, have developed an excellent programme to assist anybody wishing to discern a religious vocation. It is called 'Explore A Way' and all the details are available on their website http://www.exploreaway.net/

The programme aims to help you search a vocation and help you discern what type of vocation you may be called to whether as a Brother, Priest, Nun, Sister or what religious charism suits your call best (Franciscan, Dominican, Carmelite, Diocesan etc).

It is well worth a look and a great resource

Capuchin vocation to the poor in action! 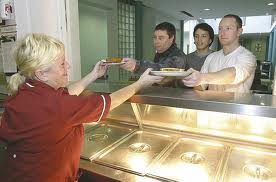 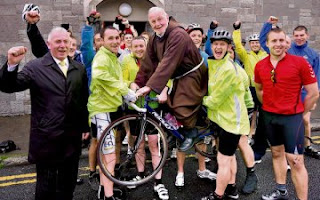 This weekend a charity cycle is taking place to help fund our outreach to the Homeless of Dublin. Attached is the article carried in the Irish Times (18/06/2011)

THERE IS a “worrying increase” in levels of depression and anxiety among the homeless and poor in Dublin, one of the foremost advocates for the sector has said.
Br Kevin Crowley, who runs the Capuchin Day Centre in Bow Street, Smithfield, Dublin, said it was particularly acute among the “new poor, people who have lost their jobs and are really desperate, who are on the verge of losing everything.
“People are very worried and it’s the not knowing, the worry. It’s increasing and is very much a new thing. It’s very worrying.”
The day centre serves about 200 breakfasts and 500 hot lunches a day and hands out about 1,000 food parcels of basic groceries, such as butter, tea, canned foods, sugar, bread once a week, on Wednesday mornings.
Br Crowley was speaking yesterday morning as a group of about 30 gardaí and prison officers set off on a two-day cycle across the State to raise money for the centre. The cyclists rode to Carrick-on-Shannon, Co Leitrim, yesterday and are due to complete the journey to Belmullet, Co Mayo, today.
He said he hoped the venture would “raise awareness about the increasing issues of homelessness and poverty”.
People tended to contribute donations after the cycle, he added, and it was hoped that about €10,000 would be raised.
Running costs for the centre are increasing and stand at about €1.3 million a year at present. A grant of €450,000 comes from the HSE annually, with the rest raised though fundraising.
www.homeless.ie
Pax
Br Martin
Posted by Capuchin Franciscan Vocations Ireland at 12:15 No comments:

What's Pentecost all about? 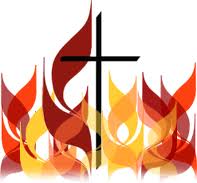 Tomorrow we celebrate Pentecost Sunday, a very big day in the liturgical year. This excellent 2 minute video gives the background

My your lives, hearts and homes be filled with the Spirit of God and all His abundant gifts!!

What's Pentecost all about?

Tomorrow we celebrate Pentecost Sunday, a very big day in the liturgical year. This excellent 2 minute video gives the background

My your lives, hearts and homes be filled with the Spirit of God and all His abundant gifts!! 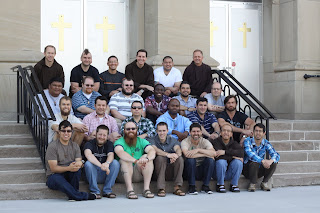 Peace be with you all on Ascension Sunday!
So some good news! 21 young men have joined our Inter-Provincial Pre-Novitiate Programme in the US. There is a lot of jargon there, so let me explain.
Inter- Provinical means that different Provinces (Territories) have come together to pool resources and work in solidarity as Brothers to provide this programme.
Pre-Novitiate is a time, after their first year (called Postulancy), for these young men to get to know each other before they enter the Novitiate year. The Novitiate is a time of deeper living of our life in prayer, simplicity and fraternity. It lasts a year and a day!
We send our congratulations, prayers and best wishes to all in the programme and we thank them for having the courage to listen to and respond to the Lord.
Pax
Br Martin
Posted by Capuchin Franciscan Vocations Ireland at 14:44 No comments: