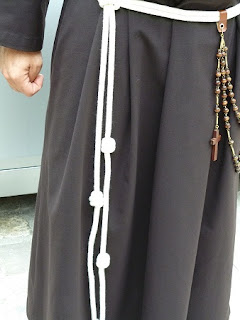 As Capuchin Franciscan Friars we are called to live following the Gospel of Jesus Christ in the footsteps of St Francis of Assisi. St Francis went through a period of discernment after he heard Christ call him to 'Go rebuild my Church...'

Discernment can be described as a process of spiritual exploration - a time in which a man or woman acknowledges God's call to serve Him in a particular vocation. If you are inspired by St. Francis and his example, then you may have a vocation to the Capuchin Franciscans.

A person who is interested in becoming a Capuchin Franciscan remains in contact with the Vocation Director. The Director helps him discern his call through visits to our fraternities, conferences and “Come and See” Weekends.  This period of discernment can be as long as needed.

Formation as a Capuchin Friar has a number of stages:

Candidacy (Period of discernment)
Candidacy is an opportunity for men who are interested in a Capuchin vocation to build a relationship with the friars during their time of discernment.  During this period (which can vary in length) a candidate will spend weekends with us, receive spiritual direction, and keep in regular contact with the friars, particularly the Vocations Director.  During this period they seek the guidance of the Holy Spirit to help them discern if the Lord is calling them to enter postulancy.

Postulancy (First year)
Postulancy is the first stage of formation as a Capuchin Franciscan Friar.  It is a time of initial discernment. While living at the Capuchin Friary in Raheny, Dublin a postulant comes to know the Capuchins better by praying and working together in the friary and through a ministry, especially, with the poor.

During the 10 month period a postulant learns more about his Catholic Faith, St. Francis of Assisi, the Capuchin Order and religious life and the province through classes and discussions with his director and other friars.

Postulants will also attend some classes at a local college and undertake some part-time ministry.

A postulant is free to leave at any time.

Novitiate (Spiritual Year)
The novitiate is a structured year of prayer and some ministry in which the novice enters more deeply into the process of his discernment as a Capuchin Franciscan life.

The novitiate year officially begins with Investiture, a ceremony in which he is clothed in the Capuchin Franciscan habit.

The novice furthers his understanding of Capuchin life through classes on the Rule and Testament of St. Francis, Capuchin Constitutions, Capuchin History, Franciscan Sources, Franciscan Prayer, Writings of St. Francis and St. Clare, the vows of poverty, chastity and obedience.  He meets regularly with his formator (Novice master) and spiritual director who guide him through his discernment as a Capuchin Friar. At the end of the year the novice professes temporary vows of poverty, chastity and obedience. These vows are taken for three years and then renewed anually for a further two before making final profession.

Post-Novitiate (Third and Fourth Years)
After the novitiate year the newly professed friar moves to the Capuchin Friary on Church Street in Dublin. His first year is devoted to a deepening of his novitiate experience of contemplation, study and ministry. During his second year a friar also experiences fraternity and ministry in our mission communities in Zambia.  Depending on his program, a friar in the formation is involved in studies and ministry in preparation for Solemn Vows, his final commitment to God and the Capuchin Order.

Specialized Studies
Those friars who feel called to the priesthood will eventually undertake the necessary studies.  Depending on the talents of the friar and the needs of the province, other programs, for all friars, such as religious studies, counselling, manual arts and so on are also available. 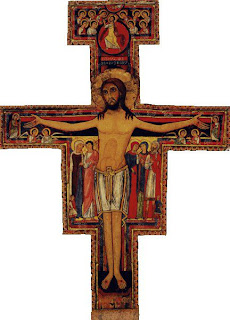 Attend one of our Come and See Discernment Weekends:

Come and experience contemplative prayer with Capuchin brothers,
reflect on the life of St. Francis, and witness the sharing of vocation stories at our Capuchin Friaries in Dublin, Cork or Donegal.

For more information call or email:

Lord Jesus Christ, you called St. Francis of Assisi
to follow you in living the Gospel life.
You inspired others to follow him
by the power of his example.
We ask you to increase vocations to the Church,
to the Capuchin Order, especially in Ireland,
and to all religious  orders.
Inspire young men and women to devote their lives in your service.
This we earnestly petition
through our Seraphic Father,
St. Francis and St. Patrick,
Patron of the Irish Capuchin Franciscan Province.
AMEN.