This year we celebrate 400 years of Capuchin presence in Ireland and to mark this we will host a number of events during the year including travelling exhibition of panels depicting the story of the Capuchins in Ireland. We are also delighted to announce a free commemorative conference to mark the anniversary, find out more by following the link: Capuchin Conference 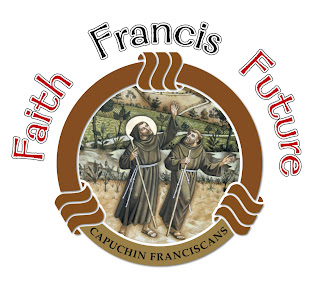 A couple of weeks ago Brother Kevin Crowley of the Capuchin Day Centre for Homeless People in Dublin, travelled to Rome and met Pope Francis. The two exchanged greetings and the Pope congratulated Brother Kevin on his tireless work for the poor. He's a continuing example to us all. Follow the link to read more: Brother Kevin meets Pope Francis 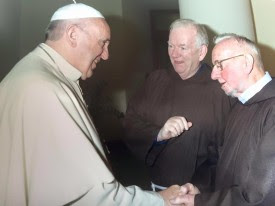 Last Monday (25th of January 2016) RTE broadcast a documentary about the Capuchins and our ministry to those involved in the 1916 rising; leaders and civilians alike. You can view the documentary on the RTE player. The documentary can be accessed by following the link and is available for the next two weeks: http://www.rte.ie/player/ie/show/ar-son-na-poblachta-30003837/10521434/


Posted by Br Martin Bennett OFM Cap at 20:13 No comments: