The Capuchins in Church St have had a long association with the Dublin Gospel Choir. They sing at the Evening Mass on the first and third Sundays in each month. It has been a tradition each year to hold a special Mass in prepraton for Christmas on the third Sunday of Advent. An important part of the liturgy is the special Blessing for Children. This year was no exception and the Gospel Choir gave a concert after they sang at the Mass. The concert was free but people were asked to make a contribution to Br. Kevin's Capuchin Day Centre for Homeless, Dublin 7. As you can see from the pictures, there was standing room only and we had to open the gallery to provide further seating.
Along with their usual Gospel and Soul music, they also played Christmas Carols and Hymns. It was a nice way to celebrate Gaudete (Rejoicing) Sunday and continue our Advent Preparations for Christmas. 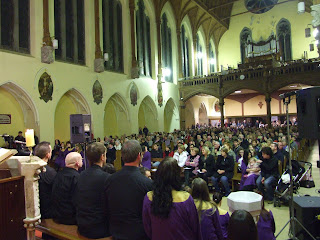 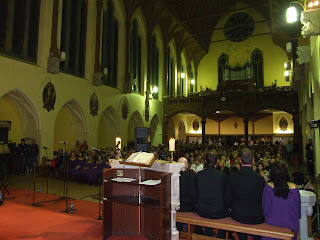 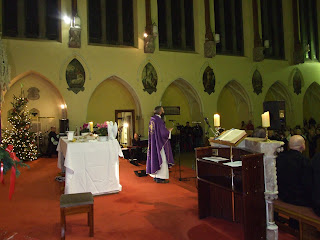 Br. Richard preaching at the Mass 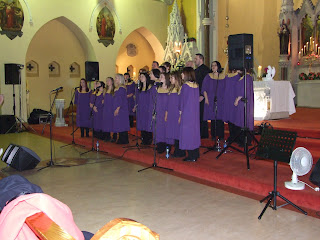 The Final Hymn of the Mass 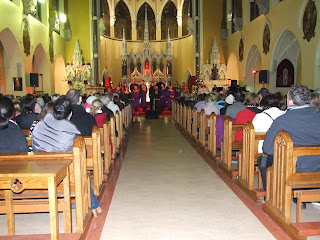 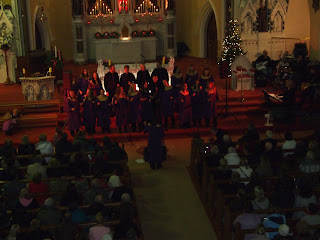